Now retiring from the rest of the GWR network

The final 5 "Class 153" trains are about to leave the West Country in coming weeks, and that's very much the end of an era. Capable of running as single carriage trains, they were converted from multi-carriage trains in 1991/2 to run thinly used services, they have done sterling work through nearly three decades.

Personally, I love the 153s - for the opportunity they gave us here in Melksham, and from Chippenham to Trowbridge, to have a trial service from December 2013 within the budget. They may have been a bit underpowered, they may not have been air conditioned, they may not have had wheelchair friendly loos, and the extra cab added in '91 might have been small and lacking comfort for the driver - but we loved 'em. They gave our residents the change to take up jobs in Swindon. To visit realtives in Southampton. To take day trips to Weymouth on a summer Sunday - they made a real difference. And, rattling along the main line towards Swindon, train manager checking tickets and selling to those who hadn't had an opportunity to buy, fresh air flowing around us as we chatted with friends, read the Metro, or checked our phones, they were a pleasure to use. The 17:36 off Swindon was carefully timed to follow the 17:30 express to Chippenham so that it didn't overload its precious capacity with main line passengers, but never the less there were those who preferred, and would wait, for the friendly train in preference to the faster but impersonal London express.

From early 2018, the single carriage 153s were replaced on the TransWilts by other units of two or even 3 carriages - and not a moment too soon. They had fulfilled their role, too well, and passenger number growth had halted because the train was full and standing, even the previous year. I well remember my final journey on a lone 153, the 17:36 Swindon to Westbury on the afternoon of Friday 15th June 2018. A hot afternoon, and the carriage was packed out. The train manager walked up alongside the carriage at Swindon, knocking on the windows and asking mid-carriage standees to move up so that more people could get on. A handful of GWR staff were travelling with us, and they squeezed into the rear cab to make more space. I found myself sardined alongside a couple from New Zealand, on holiday in the UK and amazed with the busyness and I was telling them about the success of this line, and how Community Rail played a part in its rebirth.

I miss the 153s - 153361 with its understated TransWilts celebration vinyls. Other with their much louder liveries. "Casper" the ghost 153 - in a neutral grey because he wasn't really supposed to be with GWR. They admirably filled the role for which they were converted, and in the process have perhaps saved several lines and enabled other trial services which have grown from seeds into flourishing services. Passenger traffic right across GWR land has blossomed in the three decades the 153s have been with us and it's a good time to say "Thank You, you have done a great job for us" and let them move on to doing a good job somewhere else; having proven or saved services, we're now onto multiple carriage trains with wheelchair loos, air conditioning and importantly space (at the moment) for everyone who wants to travel. Without the step via the 153s, I doubt we would have a service. 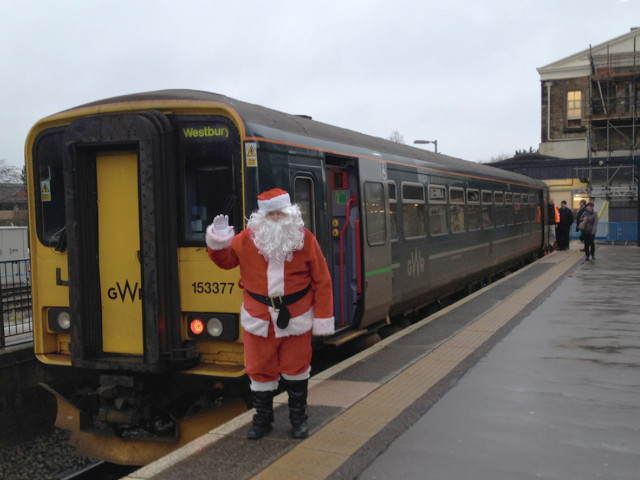 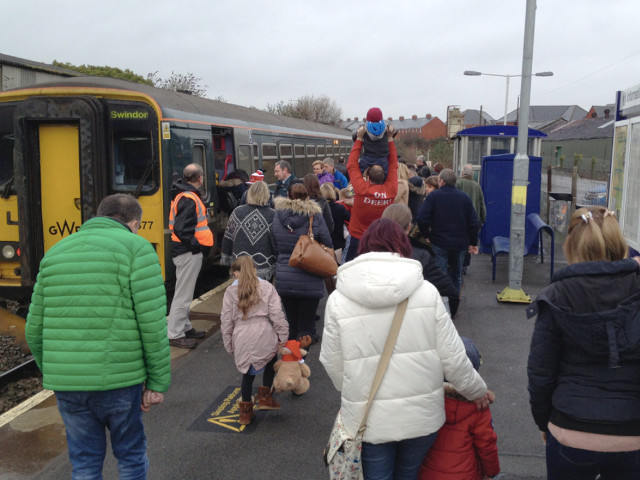 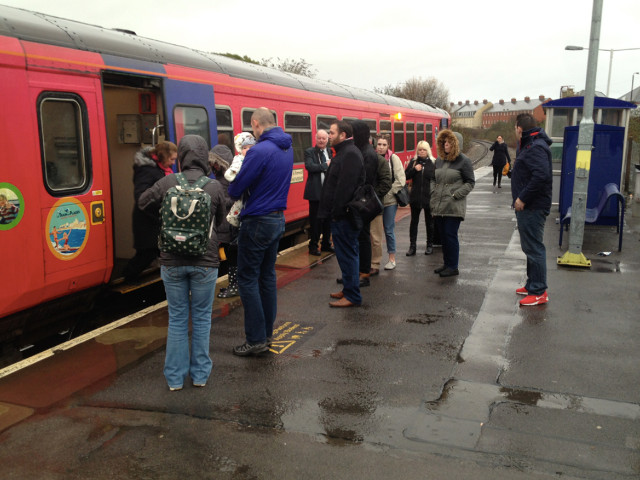 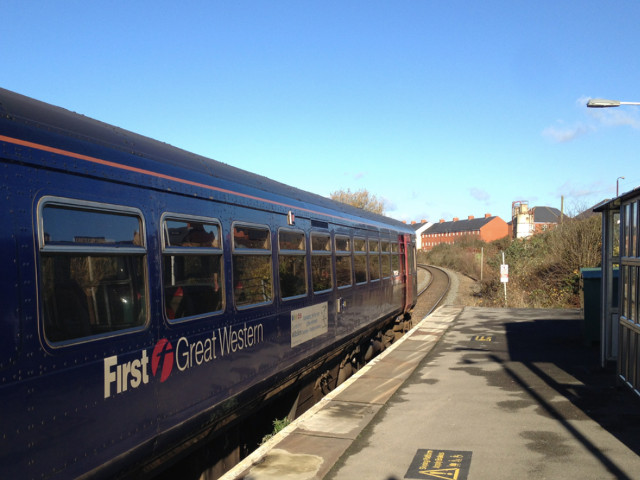 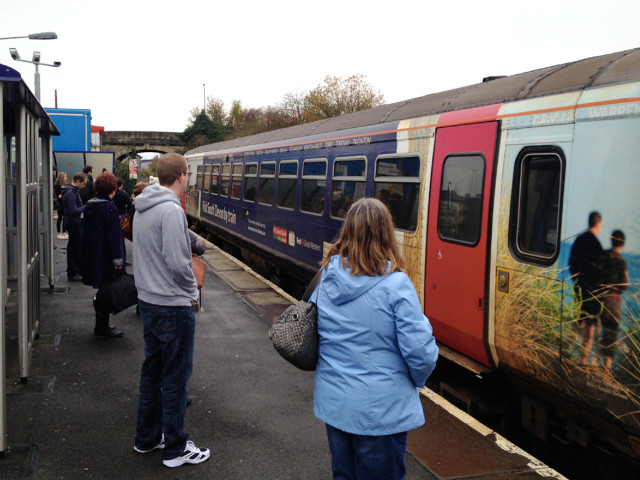 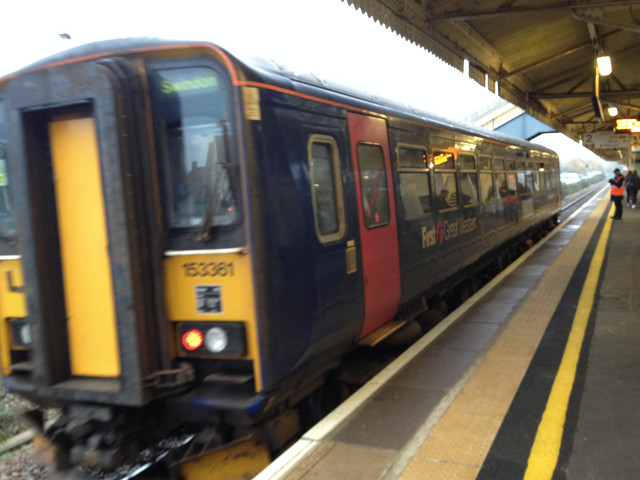 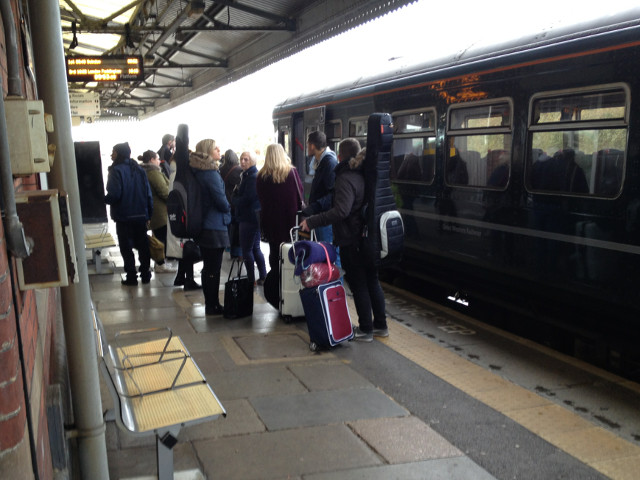 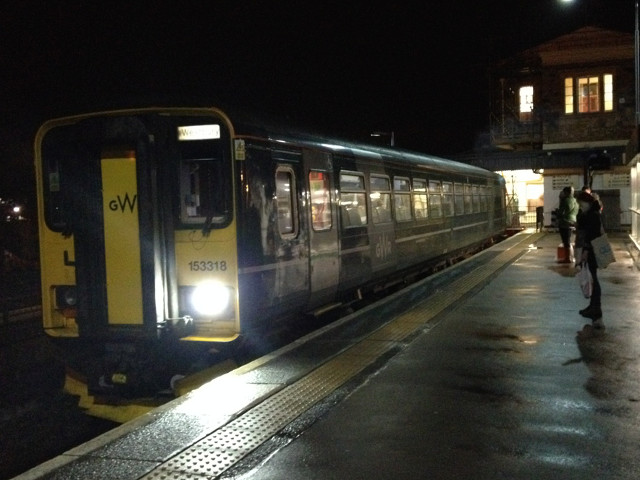 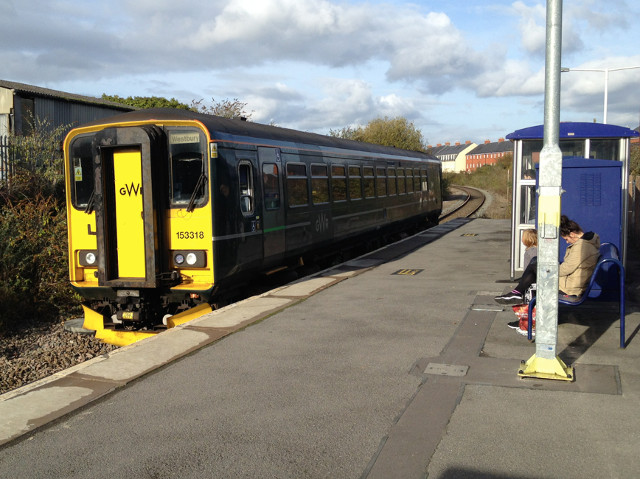 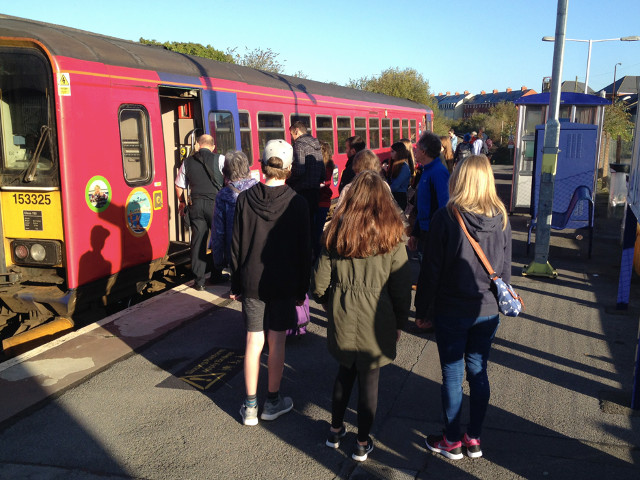 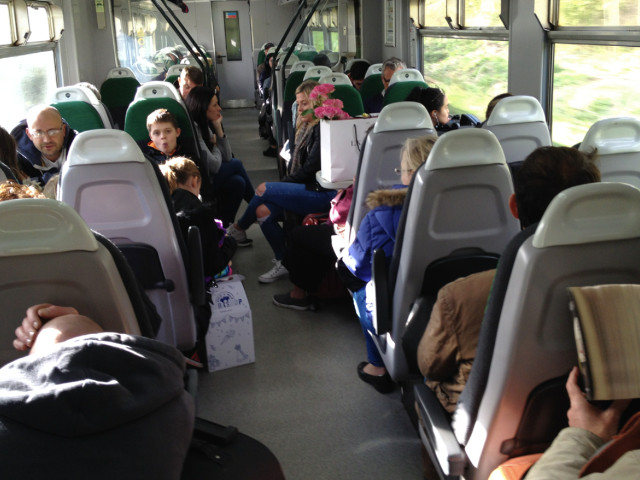 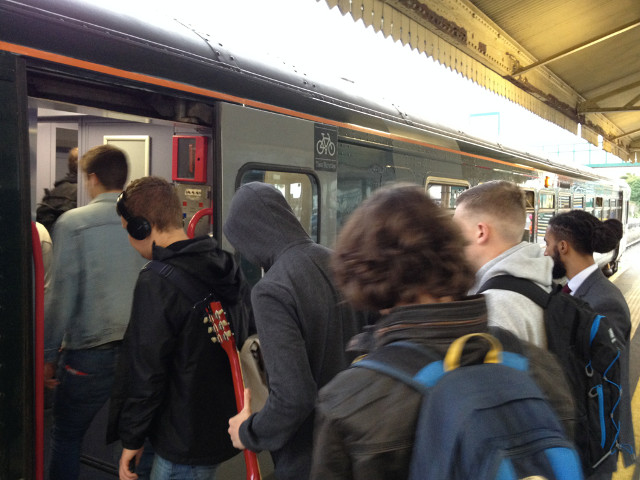 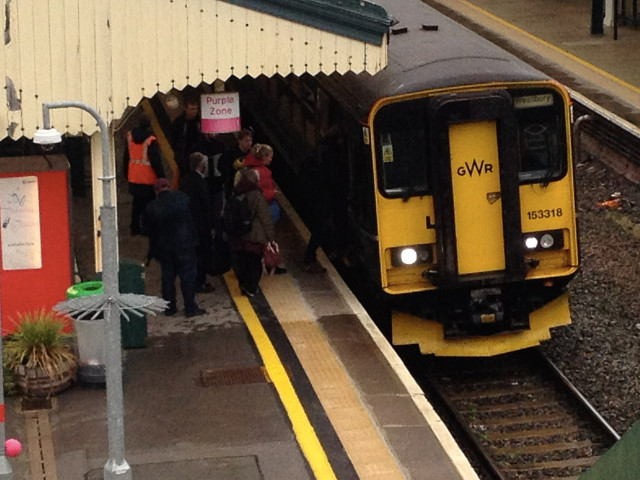 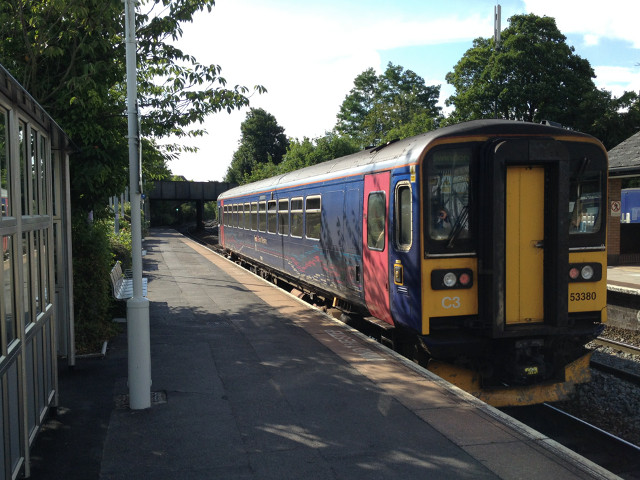 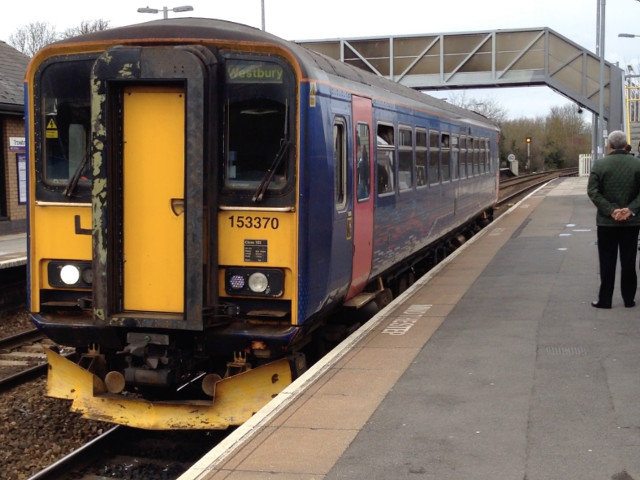 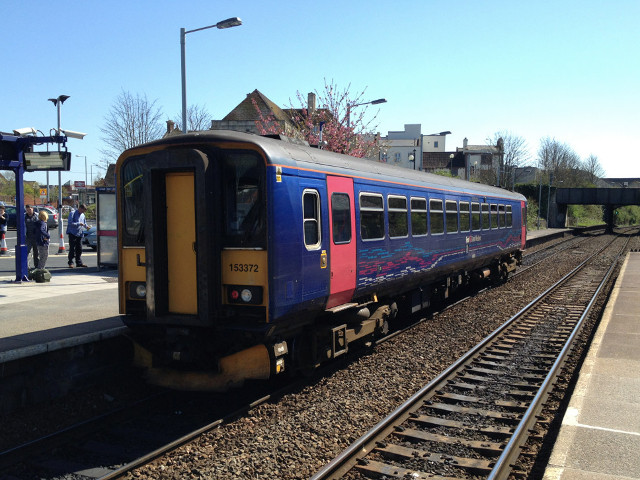 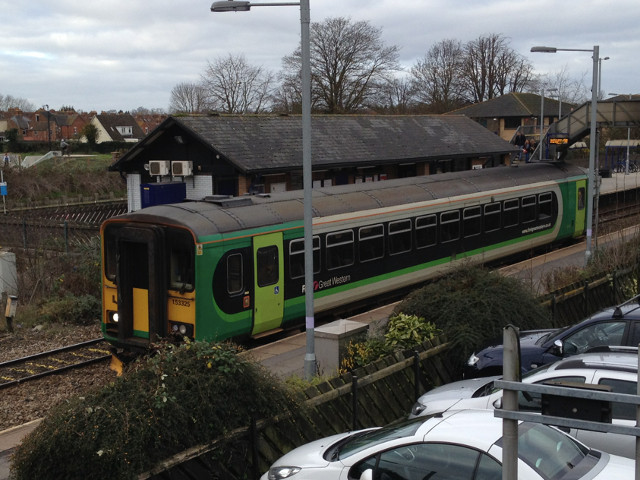 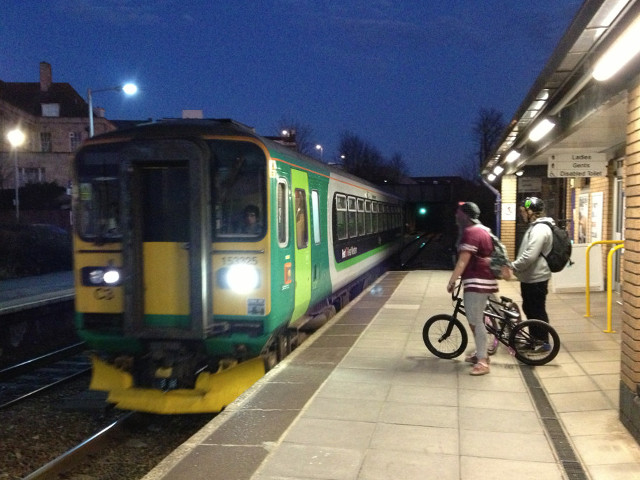 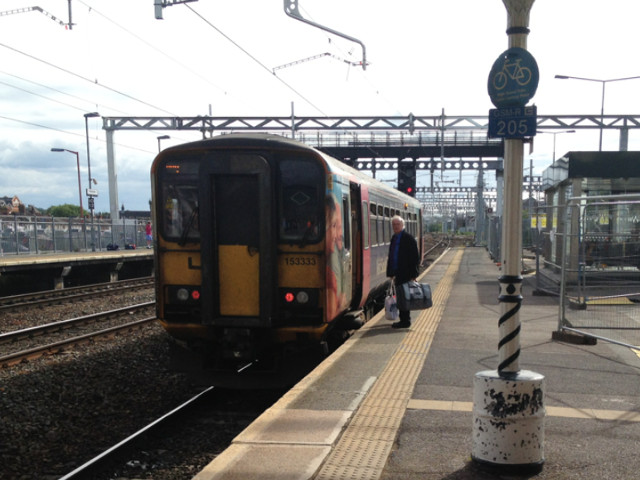 Please send me any further memories

Top of this page

Passenger number predictions
How many passengers will be using Melksham Station in 2026 and in 2036? Neighbourhood plan input. See ((here)) for the web page or ((here)) for a printable version. Written 24.2.2020

Report on 2019 and plans for 2020 - Pick up a copy of our report at area board or council meetings or email to ask for a printed copy. Also available for download here

Top of this page

Other sites to visit

* Waterloo is not Paddington!

* What is a reasonable connection?